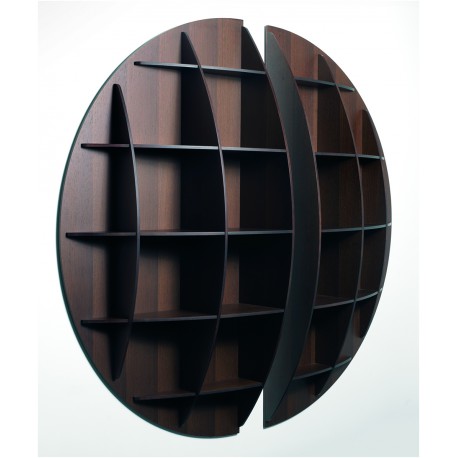 Derived from the design of hanging elements, the Continental 2 bookcase is constituited by a grid of planes perpendicular among themselves, which forms a spherical cap as pigeonholes.

This Continental bookcase model is composed by two hemispheric sections, both to be arranged close and to be used separately. According to demand, they are available both in vertical and in horizontal setting and, in this case, the upper section is a bearing plane.

No customer reviews for the moment.